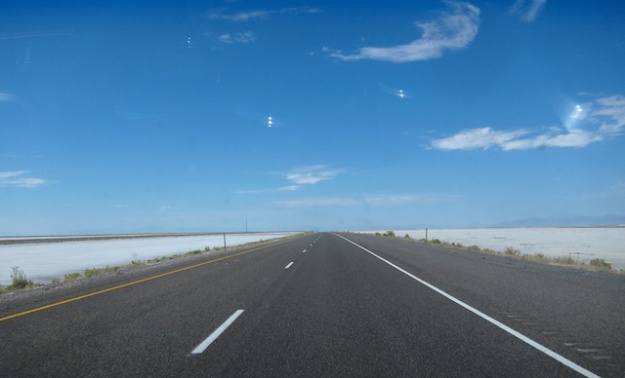 Call me crazy. But when I stare at a road map and see a prominent highway I’ve never driven, I’m almost powerless to resist. Even if said highway is an interstate that ploughs remorselessly through low mountain desert, with pockets of humanity only every few hours to relieve the tedium. Even if I’m almost certain to never venture this way again.

Welcome to the I-80 through northern Nevada, a 520-mile slog bookended by the bright lights of Salt Lake City, on the east, and Reno on the west. Added points for masochism if you attempt this in winter, when transport trucks might well be kicking slush in your face.

The first part of the trip provides some visual interest, as the interstate ventures right past the southern shores of Great Salt Lake. The landscape beyond is stained a surreal white from all that salt. Soon enough, you pass the Bonneville Salt Flats (home to myriad land speed records) and the first sign of civilization—the town of Wendover, straddling the Utah-Nevada border. 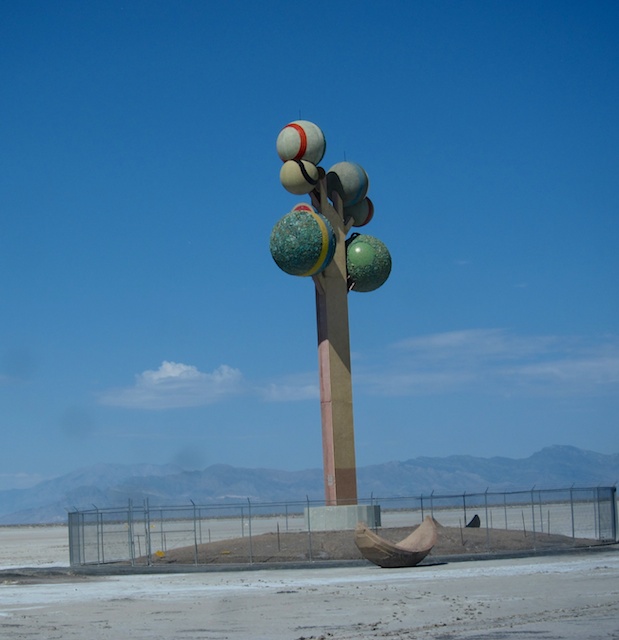 The Salt Flat’s Cafe is at the entrance to Salt Flat’s Speedway. So maybe it’s no surprise the Mexican food here comes out lickety split.

A sizeable basket of crispy tortilla chips—with a watery but sneaky hot salsa—arrives by the time my pants hit the counter seat, along with a honking big red plastic cup of ice water. I don’t come equipped with a stopwatch, but I’m sure my chile verde burrito hits the counter, piping hot, in under four minutes. Meanwhile, a steady parade of overloaded plates of enchiladas, tacos and tortas goes streaming past to various, colourful tables, flanked by wall photos of torpedo-shaped vehicles designed to go very fast. 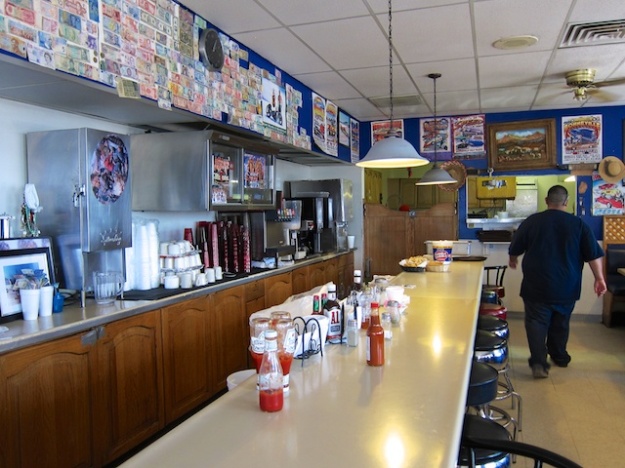 The Salt Flat’s Cafe celebrates all the land-speed racing near Wendover, Utah

It’s by no means haute Mexican cuisine. But out here in the middle of salt-stained nowhere, it’s filling, affordable and, as I said, quick.

99-C Ice Cream doesn’t look so much sketchy as shut down, even though there’s a flurry of activity at the attached, equally faded auto shop in Wendover. But push through the well-worn aluminum doors, and inside is a mini diner serving Dreyer’s ice cream and tacos at $1.25 a pop.

After a minute or two on the grill, my little tenderloin taco comes cradled in two soft corn tortillas and doused in liquid heat. You can get tacos for the same dirt-cheap price at the much flashier Nugget Casino, up the street and across the Nevada border. But seriously, would it be half as authentic?