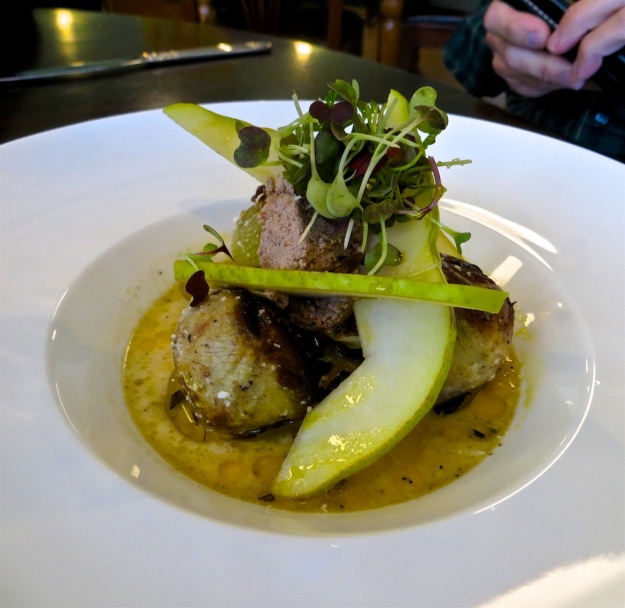 Calgary is cattle country, as much for mythological reasons as for all the area ranches and feedlots. So from a culinary perspective, it’s no surprise to find an abundance of steakhouses and hamburger joints.

Or, conversely, a scarcity of vegetarian restaurants. In a city of a million carnivores, you’d be hard pressed to find half a dozen places serving tofu, tempeh and turnips. 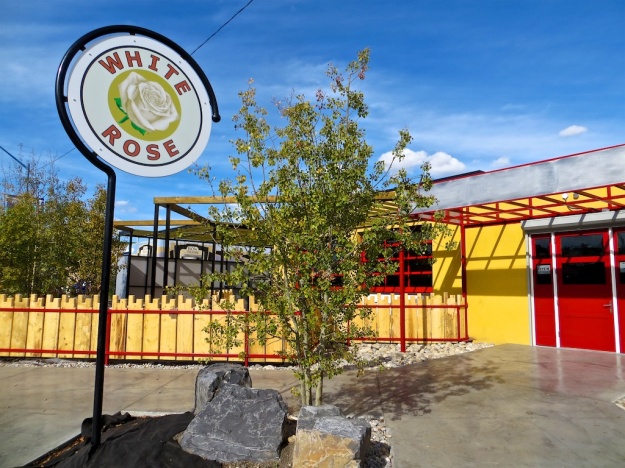 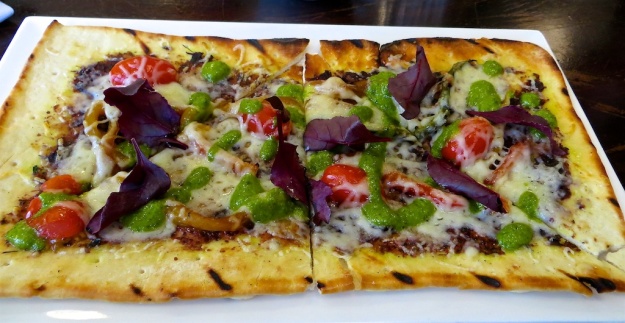 A veggie flatbread is one of the day’s lunch specials

This being Calgary, however, the world of beef hasn’t been entirely abandoned. A sister, attached operation is The Coal Shed Smoke House, a stationary truck where meats are smoked, grilled and braised. The resulting chorizo sausage, beef short ribs and bison burgers are mostly intended for take-away dining, though there are a handful of tables in the hallway leading to White Rose. 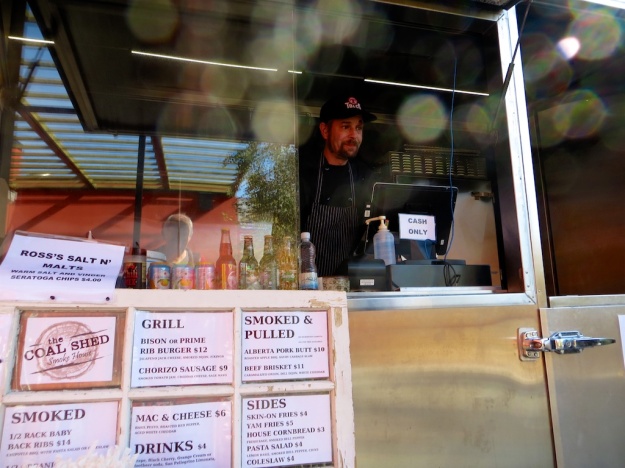 But this commingling has its limits. You’re not allowed to smuggle your Coal Shed beef brisket, on a paper plate, into White Rose’s calm vegetarian space.