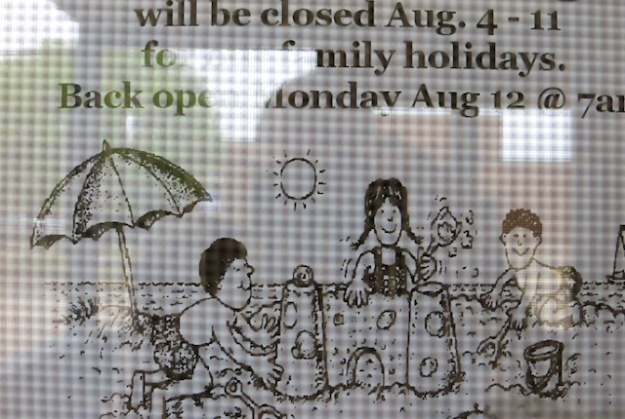 Sorry, we’re not open, and you couldn’t find this out till you arrived at our front door

On a recent Thursday in August, I struck out on three central Alberta restaurants. It wasn’t a series of bad experiences. I just couldn’t get in the locked front doors.

It started with a considerable drive to a north Edmonton breakfast café. But the anticipated pancakes were not to be, since a sign on the door said they were closed for August holidays.

No big deal. I just went to plan B in downtown Edmonton, where after plugging $2 into a meter, I was greeted with a “closed for a four-day break” sign. Rather famished on the drive back to Calgary, I stopped at a Red Deer-area diner. Strike three.

Now, I have no problem with restaurants taking some time off. It’s a tough business, and owners and staff deserve a break, especially in summer when the weather’s nice and kids are on school vacation. Plus, the places I haunt are independently owned and thus free to maintain the schedules they want.

My issue is communicating these closures with prospective customers. To be fair, the first place I ventured to had a notice on its website, in red letters, that it would be closed for a specified period. My bad for not checking.

The other two spots, though, had nothing other than the “closed” sign on the door. One had no web presence whatsoever, the other a Facebook page that hadn’t been updated in months (believe me, both practices are surprisingly common throughout North America). Maybe the regulars were informed of these closures. But anyone, who like me, had heard of these places through Yelp or Urbanspoon and perhaps driven a fair distance to dine there, was s**t out of luck. And let me tell you, there’s nothing worse than a hungry diner scorned.

Now, it’s up to restaurant owners to decide if they want to spend the time and money to take advantage of the considerable advertising power that a website offers. But a Facebook or Twitter account is free and can be set up, and updated, in minutes. So to me, it’s a terrible discourtesy to both regular and potential customers to not take the few minutes—less time, indeed, than to cook a couple of eggs—to let them know you’re not going to be open. Because once burned, I’m not likely to give these places a second chance.

2 thoughts on “Sorry, We’re Closed. We Just Didn’t Bother to Tell Anyone”