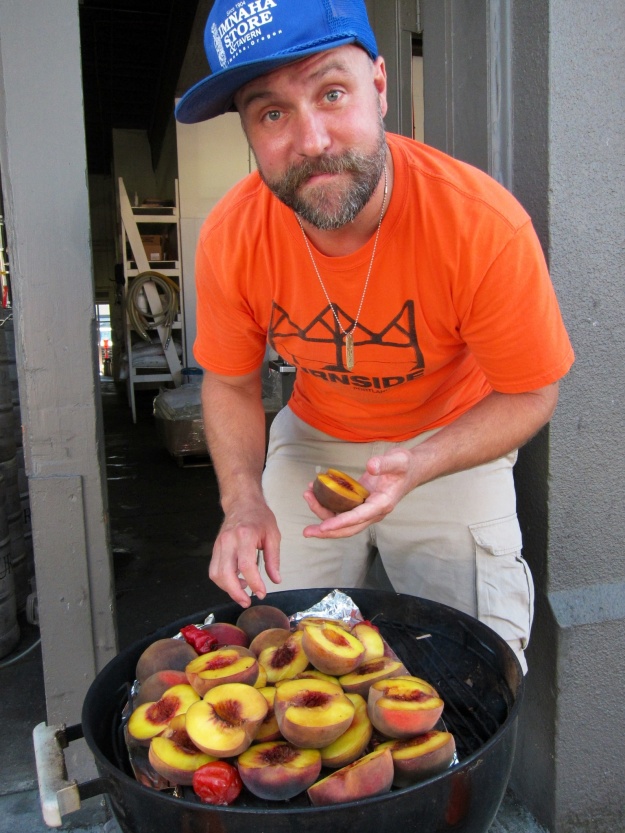 Brewmaster Jason McAdam grills some peaches and Scotch bonnets for a spicy, citrusy beer at Burnside Brewing in Portland

I’m walking down a Portland street, kind of minding my own business, when I see a guy on the sidewalk outside Burnside Brewing grilling some peach halves and peppers on a little Weber charcoal grill. “Whatcha doing?” I ask. “I’m dry hopping our Sweet Heat Ale (an apricot wheat beer, reminiscent of a Jamaican chutney) with these peaches and Scotch bonnet peppers,” says brewmaster Jason McAdam. This special batch needs to sit for three days before being shipped to a beer event in Eugene. Too bad, I say. “Just a sec”, Jason replies, dashing into the brewery to grab me a big, gratis bottle of Sweet Heat, with beads of condensation clouding the glass on this stinking hot September’s day. As I sip the beer from a coffee mug back at the motel, there are definite citrus notes, with some heat kicking in at the back of my throat. Sweet, indeed. 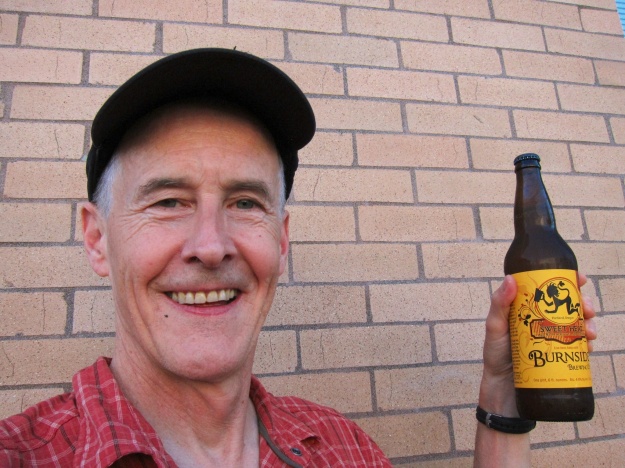 I score a big bottle of Burnside’s Sweet Heat Ale