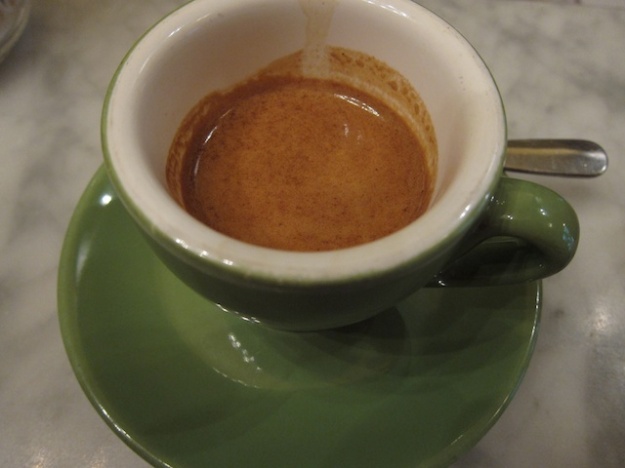 Portland could well challenge Seattle for the title of Coffeetown, USA

It’s hard throwing a pound of fair-trade, organic beans in Portland without hitting a coffeehouse. In many parts of town, they’re on every street corner, often with a few more squeezed in between. For all I know, Portland might rival Seattle as Coffeetown, U.S.A.

Stumptown Coffee Roasters is the local heavyweight, with a vast bean empire and some half dozen cafes in town, closely followed by Ristretto Roasters. There are too many independent, often one-off, places to mention. Suffice to say, the expectation levels are such that many food carts offer pots of French-press coffee, sourced from local micro roasters.

Minimalism is in at Ristretto Roasters in Portland

But I might just have to side with the mighty New York Times in naming tiny downtown *Spella Caffè as the top espresso puller in Portland. I walk into this jewel—no bigger than an oversized closet—and am greeted by three uniformed people. Now, this is what I call service. While waiting for the barista to prepare my macchiato, another guy describes their affogato, a gelato drenched in two shots of espresso. I also talk to owner Andrea Spella, who moved to this shoehorn location after the usual burst pipes and overheating persuaded him to abandon his coffee cart. The batches at his southeast Portland roastery are equally tiny, weighing in at 11 pounds. 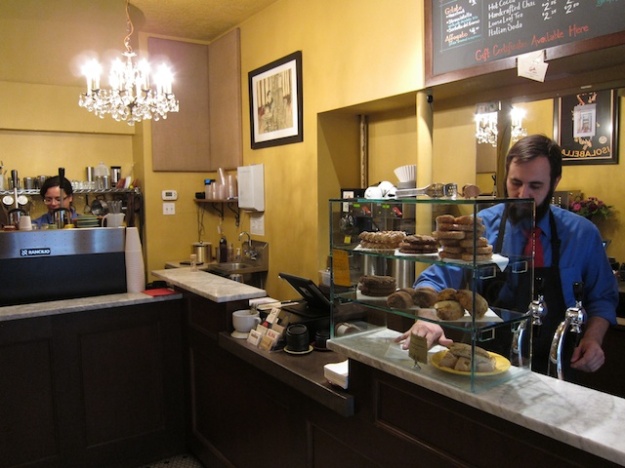 My macchiato to go or to stand (really, there’s no place to sit) is served in a tiny cardboard cup. But boy, does it pack a punch. None of that thinly roasted, sour-tasting stuff here. The thick, full-bodied taste lingers on my tongue long after I’ve taken a pound of roasted beans to go.

1 thought on “How Do You Spell Portland’s Best Coffee Shop?”