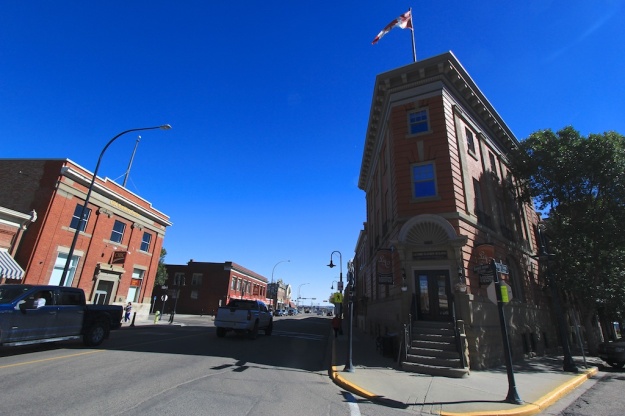 Lacombe has long been my favourite Alberta town (it’s officially now a city, but with only 12,000 residents, it still has that small-town feel). What I particularly like is the preservation and restoration of many downtown brick buildings and stately Edwardian houses that line its wide, shady streets. You can read all about it in my Day Trips From Calgary book (new edition scheduled for 2017).

Now, there’s another reason for pulling off the frenetic Highway 2, halfway between Calgary and Edmonton. In the past couple of years, Lacombe has seriously stepped up its culinary scene, perhaps even surpassing the dining wilderness of the nearby, much larger Red Deer.

Want to know what the inside of those historic Lacombe houses looks like? Just step into Morrison House Café, where two rooms of a 1919 colonial-revival residence have been converted into an elegant space offering good soups and sandwiches on house-baked breads and croissants. Save room for some delectable oatmeal cake or bread pudding. 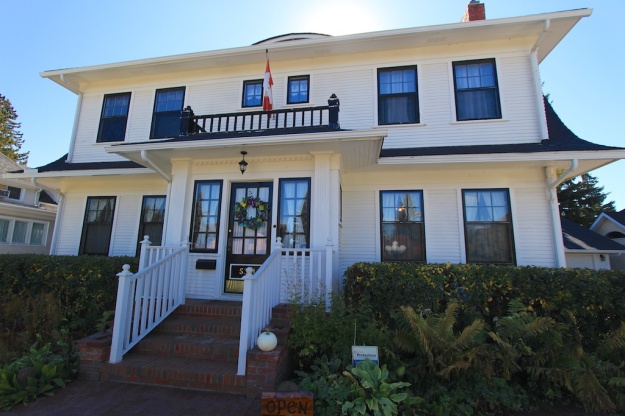 Speaking of elegant, Sweet Capone’s is a wee downtown shop specializing in Italian pastries such as cannoli, pesche dolci (peach cookies) and Florentines. Sound a bit fancy for a town built on farming? Would you believe there are lineups for these confections, which often sell out by early afternoon?

Sweet Capone’s is on historic, brick row in downtown Lacombe

This is what people line up for: cream-filled Italian cannolis

Queues are also de rigueur for the big, oven-roasted turkey and beef sandwiches at Eastside Eatery, in a Lacombe industrial park. I wrote about this fast, affordable, fabulous place in last week’s post.

The sandwiches are big, fast and tasty at Eastside Eatery

Cilantro and Chive is a recent transplant, moving to downtown Lacombe after its lease expired in Ponoka, to the near north. It features innovative, chef-driven takes on standards, witness the braised duck wings, pulled-pork mac ‘n cheese, bison burgers and smoked trout and kale spaghettini. 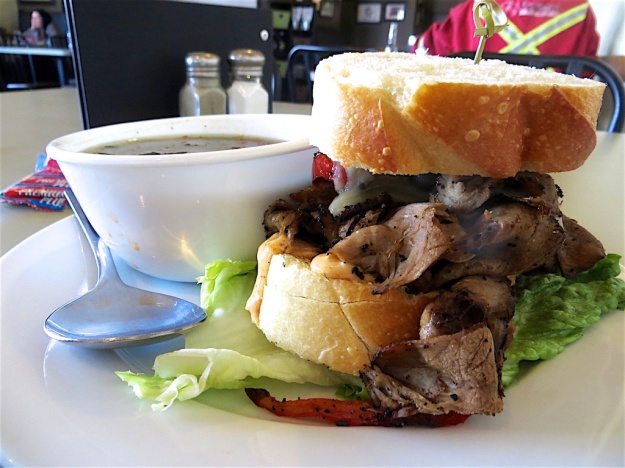 Lovely soup and sandwich at Cilantro and Chive

I wonder how much those Edwardian houses are selling for?