A good range of fabulous beers from Townsite Brewing in Powell River, B.C.

If you’re walking into Powell River’s Townsite Brewing intent on tossing back a glass or two, you might want to organize a ride home. Or at least have plans to take some big bottles or a growler back to your motel or campsite before imbibing.

That’s because a few of Townsite’s offerings weigh in around 9% alcohol. These have descriptions like tripel or dubbel, which I’m guessing is Belgian for bloody strong beer.

But unlike some potent ales that knock you over the head with their booze content, Townsite just offers massive flavour. Indeed, one company tasting note—for a 10.5% Belgian quadruple, aged for nine months in whiskey barrels— marvels at how beer maker Cédric Dauchot manages to disguise such strong beers behind amazing, complex profiles. It’s not till you’re tottering towards the door that you suddenly realize this ain’t light beer. 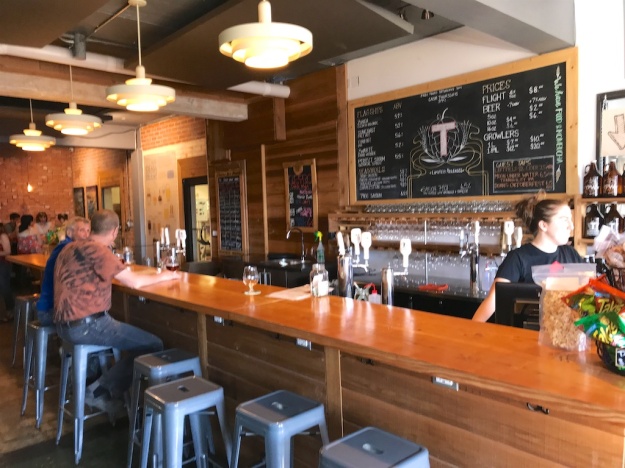 Many aficionados consider Belgium to be the global pinnacle of beer making. As apparently the only Belgian-born brewmaster west of Montreal, Dauchot brings with him exceptional skills. He’s certainly not afraid to play with Belgian yeasts, European hops, barrel aging and even handmade candi sugar. Consider some of Townsite’s seasonal and special beers: a blackberry wheat sour, a Belgian-style IPA (Shiny Penny) and, maybe my favourite, a Belgian triple (Yogn 82).

Tasting notes for one of Townsite’s many beers.