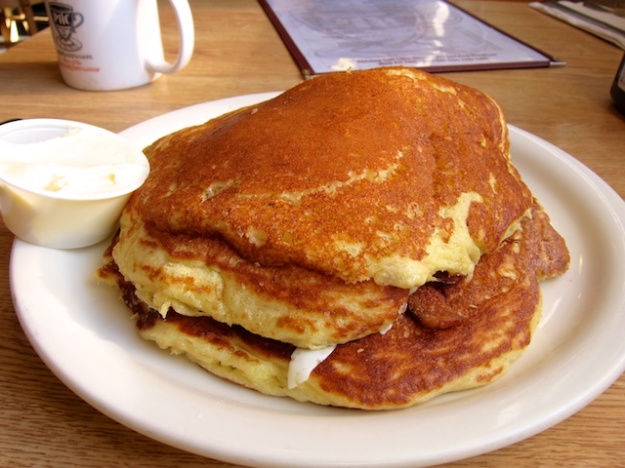 They’re rightly called “Heavenly Hotcakes” at Penny Ann’s Cafe. These have bacon and eggs in the middle

After eating a tofu scramble in Salt Lake City the day before, I’m ready for some real eggs and bacon, better yet piled between two pancakes. At *Penny Ann’s Cafe, they’re called “Heavenly Hotcakes”, with good reason. Yes, they’re platter big but fluffy and flavourful, thanks to the use of sour cream in the scratch-made batter. So good that even after I’m full and the remains have cooled, I can’t help nibbling. Though I must draw the line when I’m offered a slice of one of the many pies baked in the kitchen each day.

Penny Ann’s is a cozy, friendly place, with more than half a dozen family members, over three generations, running the place; it’s named after the middle sister. “We weren’t popular in school, but we sure are now,” says another smiling sister, Cindy, noting they’re planning to open a second location to accommodate the demand. 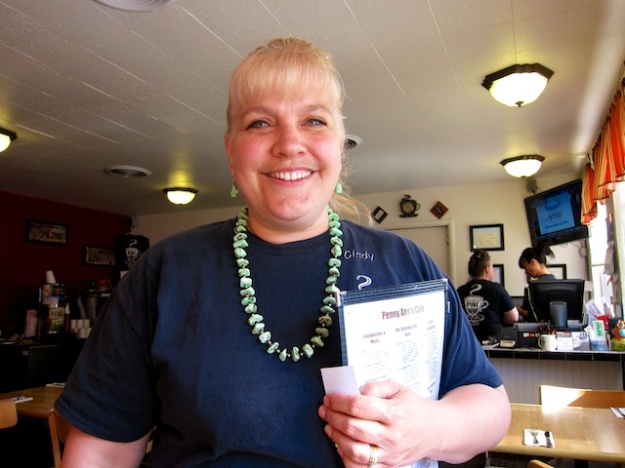 It’s only a block south to my next meal, at *Grove Market, where the fresh Ambassador rolls are mercifully a little late arriving, giving me a few extra minutes of digestion. I’m here for their famous sandwiches, or should I say small loaves of bread stuffed, and I mean stuffed, with meats. Consider the Big John, a combo of ham, turkey, roast beef, pastrami, corned beef, salami and bologna (am I possibly missing any deli meats?), along with Swiss and American cheese and a long list of fixings. 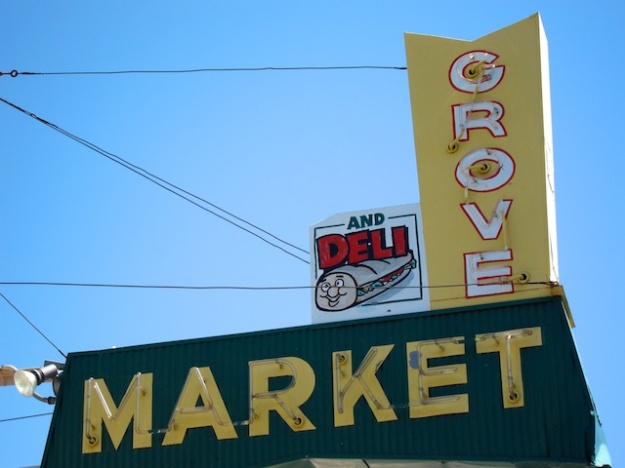 The sign isn’t the only old-fashioned thing about Grove Market. So are the splendid deli sandwiches

“How much does it weigh?” I warily ask my assembler. “Oh, about a pound,” he says, straight faced. Right. I order half a Big John ($7), sans bologna, and sit back to watch the laying on of meats. After a flurry of activity, he hands me the wrapped sandwich, which I immediately place on a professional scale. It’s just shy of 1-3/4 pounds. One-and-three-quarter freaking pounds for half a sandwich. That’s almost the weight of a litre bottle of water. 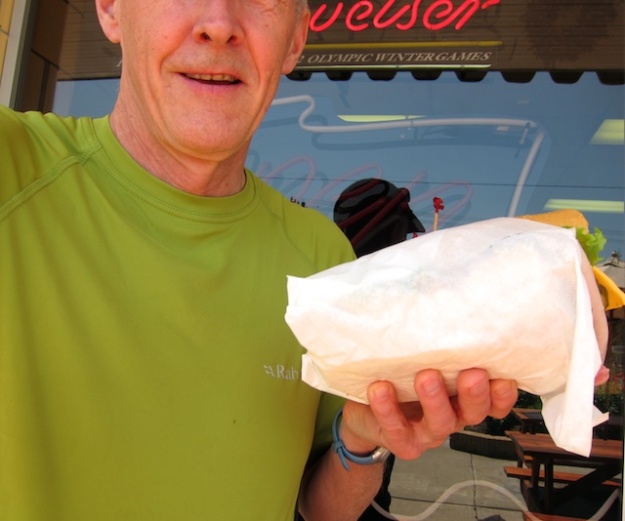 This “half” sandwich at Grove Market is threatening my wrist

Needless to say, it’s delicious, though I can’t spot a famished family to share it with. “Call your cardiologist,” someone wrote in an online review. I believe he’s on standby.