Usually, a craft brewery’s signature beer is a core offering. And Last Best Brewing & Distillery does make one of Calgary’s better every-day IPAs—one of its two beers you’ll find in six-pack cans at local liquor stores.

But you’ll have to visit its taproom (or frequent a beer hall like National) to sample one of my favourite beers of 2019, Last Best’s IPA #3: Tokyo Drift, weighing in at a flavourful, potent 7.2% alcohol content. My server explains it’s a bit finicky to make and reliably put in cans. But I’m happy to make the journey for a poured pint. Just hope it stays on tap for a good while.

Location On the edge of downtown in the Beltline district

Ambience Large, somewhat sterile space and patio, though I was there during a mid-day lull 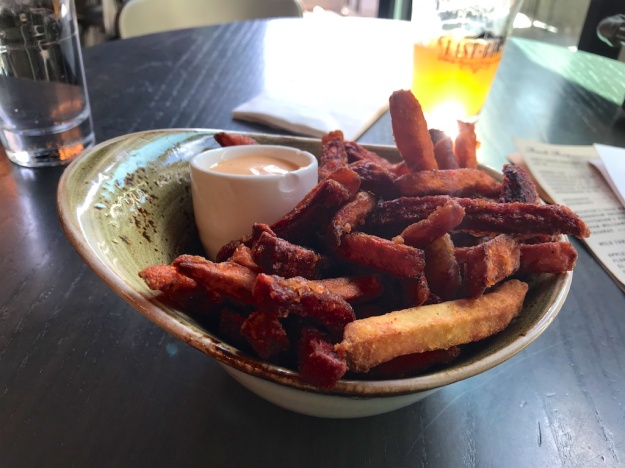 A full food menu including these root-vegetable fries