The reason isn’t so much to avoid landing on unyielding rock as it is about impaling yourself on razor-sharp spines of the cacti that infest places like the Sonoran Desert near Tucson, Arizona.

Actually, forget about falling. You don’t even want to brush against or accidentally grab any of these thorny bastards, which are all too happy to abandon their desert homeland to hitchhike on your clothing or, all too often, your flesh.

Let me count the many species of cactus set to make your life miserable. There’s the majestic saguaro, whose multiple arms are not recommended for hugging. There’s the aptly named jumping cholla, whose stems easily break off and attach to the poor sucker who merely grazes them. There’s the ironically named teddy bear cholla, which is not so cuddly. There’s the barrel cactus, the hedgehog cactus, the fishhook cactus, the half dozen species of prickly pear.

Not so cuddly teddy bear cactus

Have I forgotten any? The spindly ocotillo, with its gorgeous red flower tips, is technically not a cactus, but try telling that to anyone who accidentally embraces its many spines.

Don’t reach too close to that ocotillo

Hey, is that saguaro giving me the finger?

I was properly wary about colliding with any of the cacti that line the fine desert hiking trails around Tucson, and had successfully avoided any contact through most of two hiking-intensive visits to the southern Arizona city. But all it takes is a moment’s inattention to learn a severe lesson.

Don’t get distracted by fruit or flower

I didn’t actually fall into a cactus. I was just descending a little rock step, focused on my footing, when I brushed against a prickly pear. There was no sharp pain, just a twinge not unlike a mild sliver. The problem was getting the barbs out, which you want to do  immediately, before they really start bothering you.

The thing about prickly pears is not the obvious long spines. It’s the tiny, fuzzy orange things called glochids that are the problem. As in the dozens of these little spears that launched themselves through my shirt, sticking me like a pincushion.

It’s the little, fuzzy orange glochids that do the most damage

Luckily, I had a companion with sharp eyes and a nifty pair of of Uncle Bill’s tweezers. She spent a good five minutes plucking all the tiny spines out. And then, a short distance down the trail, another few minutes getting the ones she’d missed, the ones irritatingly still stuck to shirt and skin. We were still finding stray soldiers an hour later.

It wasn’t my only close encounter with glochids on our November trip. One day, I, found a few stuck mysteriously in the top of my head, despite wearing a hat and not falling on my noggin. Good thing I’m bald up there.

The up-close saguaro spines have a lulling, geometric pattern to them

I walk into Barrio Bread in central Tucson, Arizona and the tiny place is suffused with the wonderful smell of just-from-the-oven loaves.

“Wow! This looks and smells like a fantastic bakery,” I say to no one in particular.

“No. It’s the greatest bakery in the universe,” a fellow customer corrects me.

Not going to argue with that. 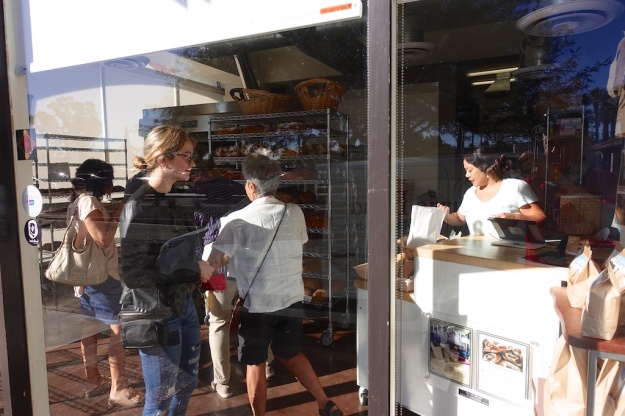 Customers snapping up the fresh-from-the-oven loaves

It’s actually a little overwhelming, at first, scanning the shelves of artisan bread choices—about a dozen on any given day. On our visit, for example, there’s a Guadalajara-style birote (made with beer malt and lemon), a pan rustico, a khorasan, a rustic nine grain.

For help, I turn to a guy unwrapping tea towels from risen little loaves waiting to go into the oven. Turns out he’s the owner, Don Guerra, who started the business out of his garage in 2009.

He explains the breads are created with ancient baking techniques and locally grown heritage grains such as organic durum and hard red spring wheat, as well as more exotic einkorn and khorasan wheats. Some are leavened naturally or with a wild yeast culture. The result is exceptional bread with a chewy interior and great crusts.

Don getting ready to put risen loaves in the oven

We pick up a puffy einkorn loaf for breakfast toast and an apricot-cranberry pain levain for snacking; it disappears before we’ve driven a couple of blocks.

Thank God I don’t live nearby.

November is a perfect time for hiking in Tucson

Hoar-frosted lines on the long, glorious drive down the I-15 in Montana

Sandwiches for three at Grove Market in Salt Lake City

Hole in the U.S.-Mexico fence near Montezuma Pass in southeast Arizona

Majestic Gadsen Hotel in the border town of Douglas, Arizona

My first sighting of a coatimundi in Chiricahua National Monument: Three feet from the car window; never paid attention 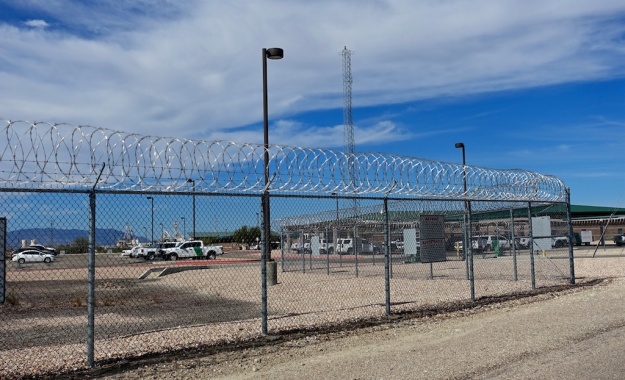 “Can I park your yacht for you, sir?” 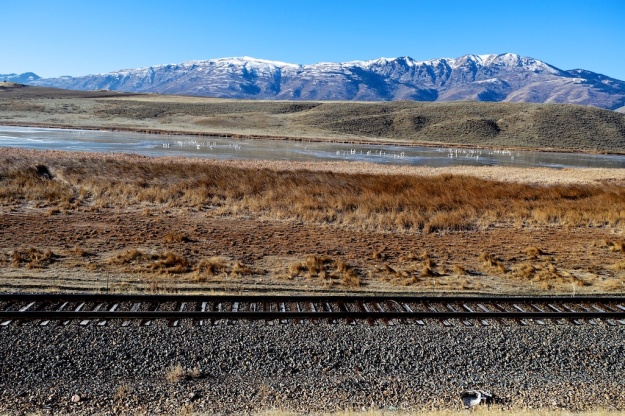 Swans along Highway 91 in southern Idaho 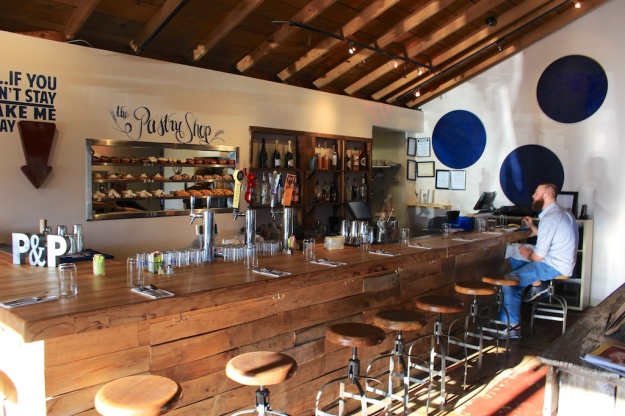 “What’s your signature breakfast dish?” I ask the waitress at Prep & Pastry, a joint with a varied menu in central Tucson.

Without pausing, she replies: “The duck confit skillet. It’s what everyone comes for and writes about on Yelp and TripAdvisor.”

The $12.75 dish certainly stands out from the same-old breakfast standards. When have you heard of ingredients like Cabernet-braised cherries and goat cheese mousse… at any time of the day, let alone seven in the morning? The standouts, though, are the slightly salty, shredded duck, excellent roasted fingerling potatoes and a couple of over-easy eggs. As a bonus, it’s served in a cast-iron skillet.