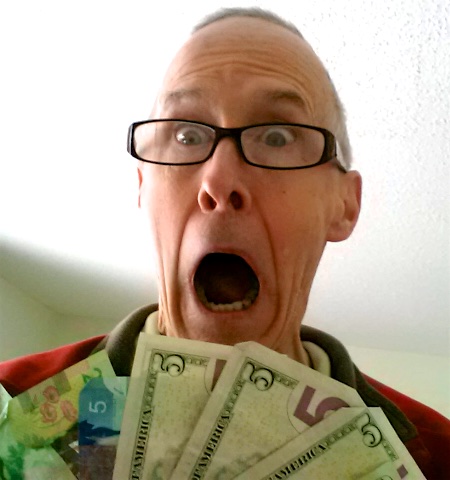 Am I loony to be considering a U.S. road trip?

It’s a great time to be an American, especially if you’re travelling to Canada. The soaring greenback is a big reason why Whistler, B.C. is enjoying a stellar ski season and Canmore’s vacation condo market is hopping in an otherwise bleak Alberta economy.

By contrast, it’s a terrible time to be a Canadian considering a U.S. vacation. The realization that it’s going to cost you $1.45 Canadian to buy one measly American dollar is enough to make most northerners curl up in the fetal position till the snow starts melting in, say, May.

But it’s still possible to have a reasonably affordable trip stateside, particularly if you make it a road trip rather than a flight to a destination resort. Mind you, the approach I suggest leans much more to the dirtbag than the five star. You have been warned.

The biggest advantage for a U.S. road-tripping adventure is the cost of gasoline. It’s traditionally been a bargain, given the much lower gas taxes south of the border. But even with the badly wounded loonie, you might still save some money.

It depends on where you live and where you’re traveling. In Alberta, for example, you can fill up right now for under 80 cents (Cndn) a litre, compared with more than $1 in B.C. Western U.S. prices range from about $1.76 (US) a gallon in Denver to $2.60 in Los Angeles. Obviously, there’s a price to pay for living on or visiting the west coast of either country. I call it a smug tax.

Figuring out your fill-up cost involves converting litres to American gallons and then converting Canadian dollars to those $1.45 American ones. For a fill-up of 50 litres (13.2 U.S. gallons), it will cost an Albertan $40 and a British Columbian more than $50, at home in Cndn. dollars. That same amount of gas will cost you $33.68 in Denver and $49.76 in L.A., in converted Cndn dollars. 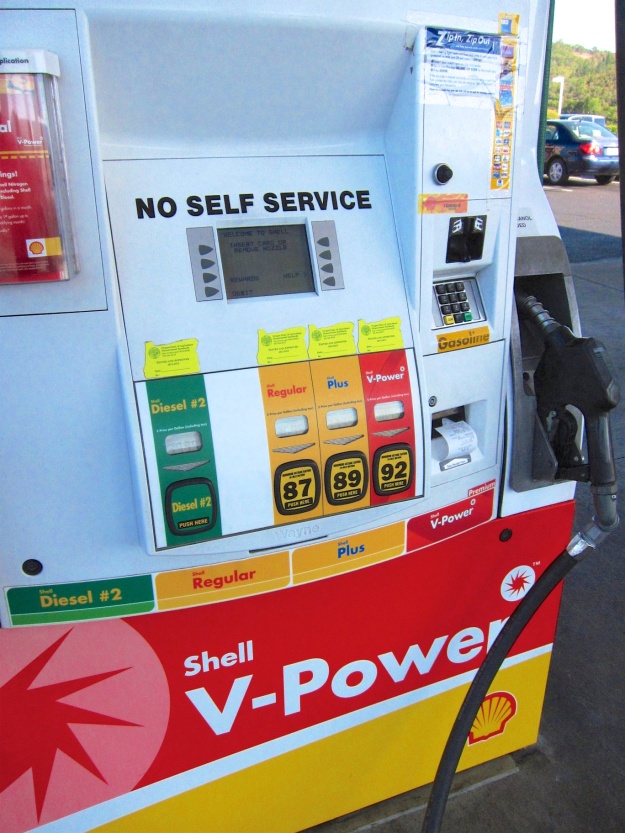 The bottom line is the cost of gasoline isn’t going to be a deal breaker for deciding whether to hit the U.S. road or plan a staycation. And if you’re in Oregon, where you’re not allowed by law to fill your own gas tank, the attendant will usually clean your windows.

Skip the hotels and motels

I once did a month-long road trip where my total cost of accommodation was $50. How did I pull off this magic trick? Other than two nights of camping and a couple parked on urban side streets, I mostly stayed in 24-hour Walmart parking lots for free.

I’d much rather sleep in the great outdoors, preferably in a magnificent state or national park campground along the crashing ocean or beneath a lofty canopy. While it’s going to cost you about $30 US a night to camp in the redwood forests of northern California, you can find more spartan digs for maybe $10 elsewhere. Do a bit of sleuthing and you can discover national forest or Bureau of Land Management (BLM) spots for free. Running water and toilets, however, may be optional.

Still, it’s a much more pastoral experience than parking in the distant corner of an asphalt Walmart parking lot, with blinding street lights and roaring vehicles and motorized street sweepers at all hours of the night. A camper of some sort, with curtains, is the best way to keep the glare and din at bay. In a pinch, though, good ear plugs and an eye shade will suffice if you’re curled up in the back of your car.

Welcome to the Walmart Motel. Cost $0

While you’re tossing and turning, just think of the $50 to $100 a night you’re saving by not booking a motel bed, TV and rattling air-conditioning unit. And who needs a shower? If you’re desperate, you can always make do with the sink in a Walmart washroom, open around the clock.

Until fairly recently, I figured eating out at American restaurants was 10 to 20 per cent cheaper than in Canada, even with the exchange rate (portions are generally bigger, too). But when you’re paying upwards of 40 per cent to exchange loonies into greenbacks, that advantage has more than disappeared.

Of course, the cheapest feeding solution is to buy groceries and cook them wherever you’re staying. But since this is a road-trip dining blog, let’s look at a few ways you can still eat out somewhat affordably. 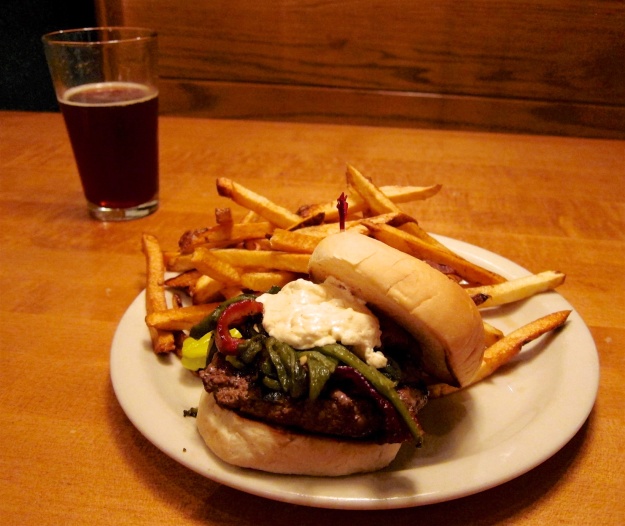 A succulent burger and fries at Mountain Sun in Boulder, Colorado will set you back about $13 (US)

This delicious half sandwich was only $8 at Campagno’s Delicatessen in Monterey, California

I could go on, but I have to wipe the drool off my face… and grab a road map.